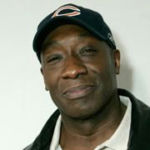 Why Is Michael Clarke Duncan Influential?

According to Wikipedia, Michael Clarke Duncan was an American actor. He was best known for his breakout role as John Coffey in The Green Mile , for which he was nominated for the Academy Award for Best Supporting Actor and other honors, and for playing Kingpin in Daredevil and Spider-Man: The New Animated Series . He also appeared in motion pictures such as Armageddon , The Whole Nine Yards , Planet of the Apes , The Scorpion King , Sin City , and Talladega Nights: The Ballad of Ricky Bobby , as well as in the role of Leo Knox in the television series Bones and its spin-off The Finder . He also had voice roles in films such as Brother Bear , Kung Fu Panda and Green Lantern , and as Benjamin King in the video game Saints Row .

Other Resources About Michael Clarke Duncan

What Schools Are Affiliated With Michael Clarke Duncan?

Michael Clarke Duncan is affiliated with the following schools: