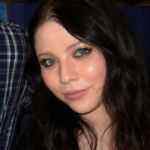 Why Is Michelle Trachtenberg Influential?

According to Wikipedia, Michelle Trachtenberg is an American actress and model and former child actress. Trachtenberg began her career at a young age, appearing in a number of commercials, films, and television series, before successfully transitioning to a career as an adult and featuring in films and television roles, most prominently during the 2000s. She has appeared in a wide range of comedy, drama, romance and sci-fi projects. Since the mid 2010s she has been an active social media user, with over 816K followers on Instagram and 320K on Twitter. She is best known for her regular role as Dawn Summers in Buffy the Vampire Slayer and recurring roles as Georgina Sparks in Gossip Girl , and Nona Mecklenberg in The Adventures of Pete & Pete , and for her role as Harriet M. Welsch in Harriet the Spy .

Other Resources About Michelle Trachtenberg