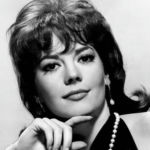 Why Is Natalie Wood Influential?

According to Wikipedia, Natalie Wood was an American actress who began her career in film as a child and successfully transitioned to young adult roles. Born in San Francisco to Russian immigrant parents, Wood started acting at age four and was given a co-starring role at age 8 in Miracle on 34th Street . As a teenager, she was nominated for an Academy Award for Best Supporting Actress for her performance in Rebel Without a Cause , followed by a role in John Ford's The Searchers . Wood starred in the musical films West Side Story and Gypsy , and received nominations for an Academy Award for Best Actress for her performances in Splendor in the Grass and Love with the Proper Stranger . Her career continued with films such as Sex and the Single Girl , Inside Daisy Clover , and Bob & Carol & Ted & Alice .

Other Resources About Natalie Wood