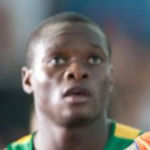 Why Is Ngonidzashe Makusha Influential?

According to Wikipedia, Ngonidzashe Makusha is a Zimbabwean sprinterer and long jumper. He is the national record holder over 100 m and Long Jump for Zimbabwe with 9.89 s and 8.40 m respectively. Both performances achieved during the 2011 NCAA Division I Championships in Des Moines, Iowa where he completed the 100 m long jump double. Following the 2 gold medals victory, Makusha became one of the only four, now five, athletes to win the double at the NCAA championships. The four others are DeHart Hubbard , Jesse Owens , Carl Lewis , and Jarrion Lawson .

Other Resources About Ngonidzashe Makusha

What Schools Are Affiliated With Ngonidzashe Makusha?

Ngonidzashe Makusha is affiliated with the following schools: