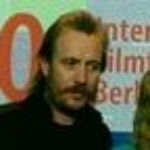 Why Is Noah Baumbach Influential?

According to Wikipedia, Noah Baumbach is an American filmmaker. He received two Academy Award nominations for writing his films The Squid and the Whale and Marriage Story, both of which he also directed. He also wrote and directed a number of other films, including Margot at the Wedding, Greenberg, Frances Ha, While We're Young, Mistress America, and The Meyerowitz Stories.

Other Resources About Noah Baumbach

What Schools Are Affiliated With Noah Baumbach?

Noah Baumbach is affiliated with the following schools: