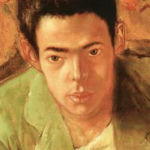 Why Is Noel Rockmore Influential?

According to Wikipedia, Noel Rockmore was born Noel Montgomery Davis to his mother, Gladys Rockmore Davis, and his father, Floyd Davis, in New York City. Rockmore was an American painter, draughtsman, and sculptor. He claims to have produced more than 15,000 works of art in his lifetime. He is known for his portraits, his early rise to fame, his Preservation Hall portraits, and for changing his name at the height of the popularity he had developed in New York City and he had a daughter, Emilie Rhys

Other Resources About Noel Rockmore