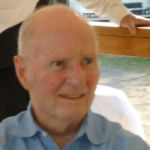 Why Is Norman E. Brinker Influential?

According to Wikipedia, Norman Eugene Brinker was an American restaurateur who was responsible for the creation of new business concepts within the restaurant field. He served as president of Jack in the Box, founded Steak and Ale, and helped establish Bennigan's and founded Brinker International. Brinker is sometimes credited with popularizing the salad bar .

Other Resources About Norman E. Brinker

What Schools Are Affiliated With Norman E. Brinker?

Norman E. Brinker is affiliated with the following schools: