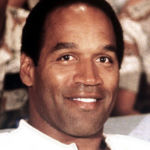 Why Is O. J. Simpson Influential?

According to Wikipedia, Orenthal James Simpson , nicknamed "Juice", is an American former football running back, broadcaster, and convicted felon who played for the Buffalo Bills and San Francisco 49ers of the National Football League. Once a popular figure with the U.S. public, he is now best known for being tried for the murders of his former wife, Nicole Brown Simpson, and her friend Ron Goldman. Simpson was acquitted of the murders in criminal court but was later found responsible for both deaths in a civil trial.

Other Resources About O. J. Simpson

What Schools Are Affiliated With O. J. Simpson?

O. J. Simpson is affiliated with the following schools:

O. J. Simpson has made the following academic contributions: