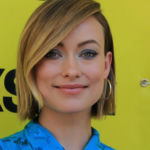 Why Is Olivia Wilde Influential?

According to Wikipedia, Olivia Wilde is an American actress and filmmaker. She played Remy "Thirteen" Hadley on the medical-drama television series House , and appeared in the films Tron: Legacy , Cowboys & Aliens , The Incredible Burt Wonderstone , and The Lazarus Effect . In 2017, Wilde made her Broadway debut, playing the role of Julia in 1984. In 2019, she directed her first film, the teen comedy Booksmart, for which she won the Independent Spirit Award for Best First Feature. Wilde's second feature, Don't Worry Darling, premieres on September 22, 2022.

Other Resources About Olivia Wilde