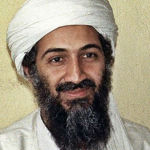 Saudi terrorist and co-founder of al-Qaeda

Why Is Osama bin Laden Influential?

According to Wikipedia, Osama bin Mohammed bin Awad bin Laden , also transliterated as Usama bin Ladin, was a Saudi Arabian-born terrorist and founder of the Pan-Islamic militant organization . The group is designated as a terrorist group by the United Nations Security Council, the North Atlantic Treaty Organization , the European Union, and various countries. Under bin Laden, al-Qaeda was responsible for the September 11 attacks in the United States and many other mass-casualty attacks worldwide. On 2 May 2011, he was killed by U.S. special operations forces at his compound in Abbottabad, Pakistan.

Other Resources About Osama bin Laden

What Schools Are Affiliated With Osama bin Laden?

Osama bin Laden is affiliated with the following schools:

Osama bin Laden has made the following academic contributions: