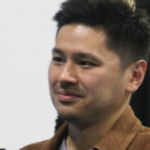 Why Is Pablo S. Torre Influential?

According to Wikipedia, Pablo S. Torre is a Filipino-American sportswriter and the host of ESPN Daily. Torre hosted High Noon, a daily show from the new ESPN studios in New York City's South Street Seaport. He is a regular guest on various ESPN shows such as Around the Horn and The Sports Reporters. Torre also frequently serves as an alternate host for Pardon the Interruption, Around the Horn, and Highly Questionable. He has also appeared on Outside the Lines, The Dan Le Batard Show with Stugotz, and TrueHoop. Aside from ESPN-related productions, Torre is also a contributor to National Public Radio.

Other Resources About Pablo S. Torre

What Schools Are Affiliated With Pablo S. Torre?

Pablo S. Torre is affiliated with the following schools: