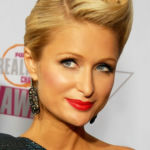 Why Is Paris Hilton Influential?

According to Wikipedia, Paris Whitney Hilton is an American media personality, businesswoman, entertainer, model, and socialite. Born in New York City, and raised there and in Beverly Hills, California, Hilton is a great-granddaughter of Conrad Hilton, the founder of Hilton Hotels. She first attracted tabloid attention in the late 1990s, when she became a fixture in NYC's social scene, and ventured into modeling at age 19, signing with Donald Trump's agency Trump Model Management. After David LaChapelle photographed her and her sister Nicky for the September 2000 issue of Vanity Fair, Hilton was proclaimed "New York's leading It Girl" in 2001. The reality television series The Simple Life , in which she starred with her friend Nicole Richie, and a leaked 2001 sex tape with her then-boyfriend Rick Salomon, later released as 1 Night in Paris , catapulted her into global fame.

Other Resources About Paris Hilton

What Are Paris Hilton's Academic Contributions?

Paris Hilton has made the following academic contributions: