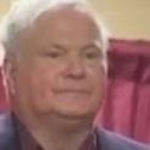 Why Is Pat Conroy Influential?

According to Wikipedia, Donald Patrick Conroy was an American author who wrote several acclaimed novels and memoirs; his books The Water is Wide, The Lords of Discipline, The Prince of Tides and The Great Santini were made into films, the latter two being Oscar nominated. He is recognized as a leading figure of late-20th century Southern literature.

Other Resources About Pat Conroy

What Schools Are Affiliated With Pat Conroy?

Pat Conroy is affiliated with the following schools:

What Are Pat Conroy's Academic Contributions?

Pat Conroy has made the following academic contributions: