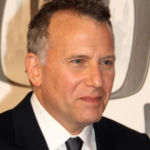 Why Is Paul Reiser Influential?

According to Wikipedia, Paul Reiser is an American actor, comedian, and television writer. He is known for his roles as Michael Taylor in the 1980s sitcom My Two Dads, Paul Buchman in the NBC sitcom Mad About You, Modell in the 1982 film Diner, Carter Burke in the 1986 film Aliens, and as Detective Jeffrey Friedman in Beverly Hills Cop and Beverly Hills Cop II . More recently, Reiser has gained recognition for his roles as Jim Neiman in the 2014 film Whiplash and Dr. Sam Owens in the Netflix series Stranger Things.

Other Resources About Paul Reiser

What Schools Are Affiliated With Paul Reiser?

Paul Reiser is affiliated with the following schools:

What Are Paul Reiser's Academic Contributions?

Paul Reiser has made the following academic contributions: