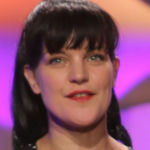 Why Is Pauley Perrette Influential?

According to Wikipedia, Pauley Perrette is an American actress and singer. She played Abby Sciuto in the television series NCIS from 2003 to 2018. Early life Perrette was born in New Orleans, Louisiana, and raised throughout the southern United States. She lived in Georgia, Alabama, Tennessee, North Carolina, South Carolina, New York, New Jersey, and California. In a 2011 interview with the Associated Press, Perrette confessed her early ambitions were to work with animals, be in a rock and roll band, or be an FBI agent.

Other Resources About Pauley Perrette

What Schools Are Affiliated With Pauley Perrette?

Pauley Perrette is affiliated with the following schools: