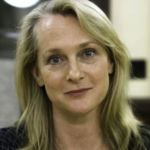 Why Is Piper Kerman Influential?

According to Wikipedia, Piper Eressea Kerman is an American author. She was indicted in 1998 on charges of felonious money-laundering activities, and sentenced to 15 months' detention in a federal correctional facility, of which she eventually served 13 months. Her memoir of her prison experiences, Orange Is the New Black: My Year in a Women's Prison , was adapted into the critically-acclaimed Netflix original comedy-drama series Orange Is the New Black . Since leaving prison, Kerman has spoken widely about women in prison and problems with the federal prison system. She now works as a communication strategist for non-profit organizations.

Other Resources About Piper Kerman

What Schools Are Affiliated With Piper Kerman?

Piper Kerman is affiliated with the following schools:

What Are Piper Kerman's Academic Contributions?

Piper Kerman has made the following academic contributions: