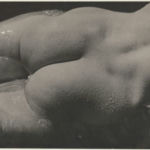 Why Is Rebecca Salsbury James Influential?

According to Wikipedia, Rebecca Salsbury James was a self-taught American painter, born in London, England of American parents who were traveling with the Buffalo Bill Wild West Show. She settled in New York City, where she married photographer Paul Strand. Following her divorce from Strand, James moved to Taos, New Mexico where she fell in with a group that included Mabel Dodge Luhan, Dorothy Brett, and Frieda Lawrence. In 1937 she married William James, a businessman from Denver, Colorado who was then operating the Kit Carson Trading Company in Taos. She remained in Taos until her death in 1968.

Other Resources About Rebecca Salsbury James