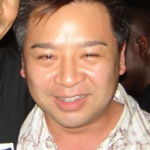 Why Is Rex Lee Influential?

According to Wikipedia, Rex Lee is an American actor. He is best known for his role as Lloyd Lee in the HBO series Entourage and his role as Elliot Park in the television sitcom Young & Hungry. Early life Lee was born in Warren, Ohio. His parents emigrated from Korea to the United States. He grew up in the states of Massachusetts and California. He graduated from the Oberlin Conservatory of Music in 1990. Although Lee was studying to be a professional pianist, he decided he wanted to act after taking a theater class in college.

Other Resources About Rex Lee