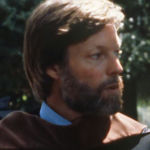 Why Is Richard Chamberlain Influential?

According to Wikipedia, George Richard Chamberlain is an American actor and singer, who became a teen idol in the title role of the television show Dr. Kildare . He subsequently appeared in several TV mini-series, such as Shōgun and The Thorn Birds and was the first to play Jason Bourne in the 1988 made-for-TV movie The Bourne Identity. Chamberlain has also performed classical stage roles and worked in musical theatre.

Other Resources About Richard Chamberlain

What Schools Are Affiliated With Richard Chamberlain?

Richard Chamberlain is affiliated with the following schools: