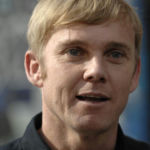 Why Is Ricky Schroder Influential?

According to Wikipedia, Richard Bartlett Schroder is an American actor and filmmaker. As a child actor billed as Ricky Schroder he debuted in the film The Champ , for which he became the youngest Golden Globe award recipient, and went on to become a child star on the sitcom Silver Spoons. He has continued acting as an adult, usually billed as Rick Schroder, notably as "Newt" on the Western miniseries Lonesome Dove and in the crime-drama series NYPD Blue. He made his directorial debut with the film Black Cloud and has produced several films and television series including the anthology film Locker 13 and the war documentary The Fighting Season.

Other Resources About Ricky Schroder