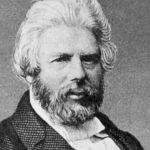 Why Is Robert Chambers Influential?

According to Wikipedia, Robert Chambers was a Scottish publisher, geologist, evolutionary thinker, author and journal editor who, like his elder brother and business partner William Chambers, was highly influential in mid-19th-century scientific and political circles.

Other Resources About Robert Chambers

Robert Chambers has made the following academic contributions: