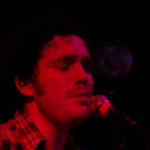 Why Is Robert Francis Influential?

According to Wikipedia, Robert Francis is a multi-instrumentalist, Americana singer-songwriter. His debut full-length album, One By One, was released in August 2007 by Aeronaut Records, gaining him notice for its "emotional darkness and musicality". His sound is distinguished by his "bright, gravelly baritone", often conveying the emotion of a more "hardened performer". He is best known for the song "Junebug", which was a top ten airplay hit in Europe in 2010.

Other Resources About Robert Francis