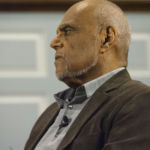 Why Is Bob Moses Influential?

According to Wikipedia, Robert Parris Moses was an American educator and civil rights activist known for his work as a leader of the Student Nonviolent Coordinating Committee on voter education and registration in Mississippi during the Civil Rights Movement, and his co-founding of the Mississippi Freedom Democratic Party. As part of his work with the Council of Federated Organizations , a coalition of the Mississippi branches of the four major civil rights organizations , he was the main organizer for the Freedom Summer Project.

Other Resources About Bob Moses

What Schools Are Affiliated With Bob Moses ?

Bob Moses is affiliated with the following schools: