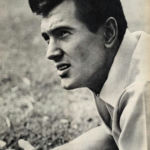 Why Is Rock Hudson Influential?

According to Wikipedia, Rock Hudson was an American actor. One of the most popular movie stars of his time, he had a screen career spanning more than three decades. A prominent heartthrob in the Golden Age of Hollywood, he achieved stardom with his role in Magnificent Obsession , followed by All That Heaven Allows , and Giant , for which he received a nomination for the Academy Award for Best Actor. Hudson also found continued success with a string of romantic comedies co-starring Doris Day: Pillow Talk , Lover Come Back , and Send Me No Flowers . During the late 1960s, his films included Seconds , Tobruk , and Ice Station Zebra . Unhappy with the film scripts he was offered, Hudson turned to television and was a hit, starring in the popular mystery series McMillan & Wife . His last role was as a guest star on the fifth season of the primetime ABC soap opera Dynasty, until AIDS-related illness made it impossible for him to continue.

Other Resources About Rock Hudson