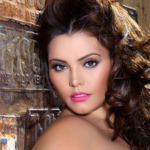 Why Is Rosie Mercado Influential?

According to Wikipedia, Rosie Mercado is an American plus-size model, celebrity makeup artist, fashion designer and television personality of Mexican descent. She is best known for starring in reality television show Curvy Girls on NuvoTV and featuring on National Geographic Channel's Taboo. She is currently a special correspondent and life coach on the TV shows The Doctors and Dr. Phil and a co-host on the entertainment talk show Face The Truth.

Other Resources About Rosie Mercado

What Schools Are Affiliated With Rosie Mercado?

Rosie Mercado is affiliated with the following schools: