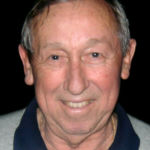 Why Is Roy E. Disney Influential?

According to Wikipedia, Roy Edward Disney KCSG was an American businessman. He was the longtime senior executive for the Walt Disney Company, which was founded by his father, Roy O. Disney, and his uncle, Walt Disney. At the time of his death, he held more than 16 million shares , and served as a consultant for the company, as director emeritus for the board of directors. During his tenure, he organized the ousting of two top Disney executives: Ron W. Miller in 1984 and Michael Eisner in 2005.

Other Resources About Roy E. Disney

What Schools Are Affiliated With Roy E. Disney?

Roy E. Disney is affiliated with the following schools: