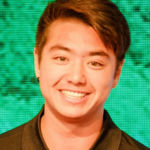 Why Is Schuyler Bailar Influential?

According to Wikipedia, Schuyler Miwon Hong Bailar is an American swimmer, and the first openly transgender NCAA Division I swimmer. He is also the first publicly documented NCAA D1 transgender man to compete as a man in any sport. He was recruited by Harvard University and swam on the Harvard Men's Swimming and Diving team under coach Kevin Tyrrell; he was a member of the Harvard Class of 2019. Bailar was originally recruited in 2013 as a member of the women's team by Harvard Women’s Swimming and Diving head coach Stephanie Morawski. After transitioning during a gap year, Bailar was also offered a spot on the men’s team by coach Tyrrell, allowing Bailar the choice of either team. He elected to swim on the men’s team.

Other Resources About Schuyler Bailar

What Schools Are Affiliated With Schuyler Bailar?

Schuyler Bailar is affiliated with the following schools: