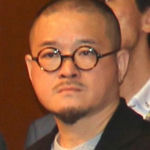 Why Is Shiu Ka-chun Influential?

According to Wikipedia, Shiu Ka-chun is a Hong Kong social worker and activist, and a former lecturer at Hong Kong Baptist University. He was one of leaders in the 2014 Hong Kong protests. In 2016, he was elected to the Legislative Council of Hong Kong through the Social Welfare functional constituency. Shiu resigned along with 14 other remaining pro-democracy legislators from the Legislative Council on 11 November 2020, after the central government had unseated four of pro-democracy legislators the same day.

Other Resources About Shiu Ka-chun

What Schools Are Affiliated With Shiu Ka-chun?

Shiu Ka-chun is affiliated with the following schools: