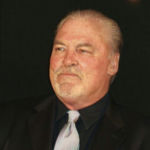 Why Is Stacy Keach Influential?

According to Wikipedia, Walter Stacy Keach Jr. is an American actor and narrator. He has played mainly dramatic roles throughout his career, often in law enforcement or as a private detective. His most prominent role was as Mickey Spillane's fictional detective Mike Hammer, which he played in numerous stand-alone television films and at least three television series throughout the 1980s and 1990s. The role earned him a Golden Globe Award nomination in 1984.

Other Resources About Stacy Keach

What Schools Are Affiliated With Stacy Keach?

Stacy Keach is affiliated with the following schools: