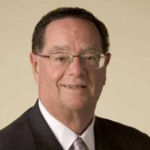 Why Is Stanley Gold Influential?

According to Wikipedia, Stanley Phillip Gold is the former president and CEO of Shamrock Holdings, Roy E. Disney's private investment company, from 1985 to 2013, and is currently serving as chairman of its board of directors. He was on the Walt Disney Company board, in 1984 and during 1987–2003. He and Roy resigned to publicly campaign for the ousting of then-CEO and chairman Michael Eisner. He had also helped to both oust former CEO Ron W. Miller, and hire Eisner, in 1984. He is a past chairman of the USC board of trustees, and of the University of Southern California Law School, and has been a significant political contributor.

Other Resources About Stanley Gold

What Schools Are Affiliated With Stanley Gold?

Stanley Gold is affiliated with the following schools: