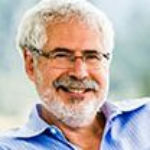 Why Is Steve Blank Influential?

According to Wikipedia, Steve Blank is an American entrepreneur, educator, author and speaker based in Pescadero, California. Blank created the customer development method that launched the lean startup movement, a methodology which recognized that startups are not smaller versions of large companies, but require their own set of processes and tools to be successful. His Lean Launchpad class has become the standard for commercialization for all federal research and has trained 1,900 teams and launched 1,000+ startups. His Hacking for Defense Class has been adopted by the U.S. Department of Defense.

Other Resources About Steve Blank

What Schools Are Affiliated With Steve Blank?

Steve Blank is affiliated with the following schools: