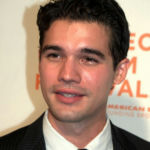 Why Is Steven Strait Influential?

According to Wikipedia, Steven Strait is an American actor and singer. He is best known for starring in the adventure film Sky High and the science fiction series The Expanse . Early life Strait was born and raised in Greenwich Village, a neighborhood of Manhattan, New York, the son of Jean and Richard Dyer Strait. His ancestry is Dutch and Italian. He attended Village Community School, Xavier High School and took classes at the Stella Adler Studio of Acting.

Other Resources About Steven Strait