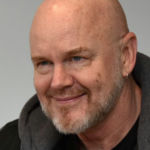 Why Is Tad Williams Influential?

According to Wikipedia, Robert Paul "Tad" Williams is an American fantasy and science fiction writer. He is the author of the multivolume Memory, Sorrow, and Thorn series, Otherland series, and Shadowmarch series as well as the standalone novels Tailchaser's Song and The War of the Flowers. Most recently, Williams published The Bobby Dollar series. Cumulatively, over 17 million copies of Williams's works have been sold.

Other Resources About Tad Williams

What Are Tad Williams's Academic Contributions?

Tad Williams has made the following academic contributions: