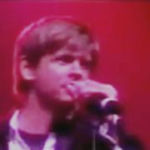 Why Is Tim Heidecker Influential?

According to Wikipedia, Timothy Richard Heidecker is an American comedian, writer, director, actor, and musician. He is best known as one half of the comedy duo Tim & Eric, alongside Eric Wareheim. He has also acted in films such as Bridesmaids , Tim and Eric's Billion Dollar Movie , The Comedy , Ant-Man and the Wasp , and Us . He currently co-hosts the parodic film review web series On Cinema and stars in the comedy series Decker, both alongside Gregg Turkington as well as a weekly call-in show, Office Hours Live with Tim Heidecker alongside DJ Douggpound and Vic Berger.

Other Resources About Tim Heidecker

What Schools Are Affiliated With Tim Heidecker?

Tim Heidecker is affiliated with the following schools: