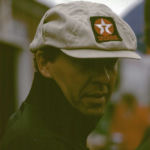 Why Is Tom Sneva Influential?

According to Wikipedia, Thomas E. Sneva is a retired American race car driver who won the Indianapolis 500 in 1983. He primarily raced in Indy cars, and was named to the Motorsports Hall of Fame of America in 2005. A former math teacher from Spokane, Washington, Sneva's win at Indianapolis followed several runner-up finishes and notable crashes. Nicknamed "The Gas Man," he was an outstanding qualifier, winning the pole position three times . He was also the fastest qualifier on a fourth occasion in 1981, but because of qualifying rules did not start the race from the pole position.

Other Resources About Tom Sneva

What Schools Are Affiliated With Tom Sneva?

Tom Sneva is affiliated with the following schools: