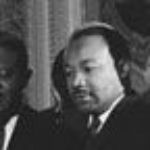 Cook, maid for Lyndon B. Johnson and family

Why Is Zephyr Wright Influential?

According to Wikipedia, Zephyr Wright was an African American civil rights activist and personal chef for President Lyndon Johnson and Lady Bird Johnson from 1942 until 1969. She was an influence of the passage of the Civil Rights Act of 1964 because she had communicated her experiences living under Jim Crow laws to Johnson, which were later shared by Johnson to other influential lawmakers.

Other Resources About Zephyr Wright

What Schools Are Affiliated With Zephyr Wright?

Zephyr Wright is affiliated with the following schools: