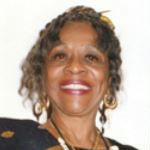 Why Is Abena Joan Brown Influential?

According to Wikipedia, Abena Joan Brown was an African-American businesswoman and theater producer who founded the Creative Arts Foundation in Chicago to enable black artists to work. Known as the "mother of Chicago's black arts community", she received honors and awards for her work in both theater and social programs. Brown was inducted into the Chicago Women's Hall of Fame and interviewed as a subject of the archival program The HistoryMakers.

Other Resources About Abena Joan Brown

What Schools Are Affiliated With Abena Joan Brown?

Abena Joan Brown is affiliated with the following schools: