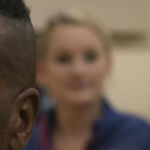 Why Is Adrian Dantley Influential?

According to Wikipedia, Adrian Delano Dantley is an American former professional basketball player and coach. He played 15 seasons in the National Basketball Association and was a six-time NBA All-Star. Dantley finished ninth on the all-time NBA scoring list at the time of his retirement and was inducted into the Naismith Memorial Basketball Hall of Fame in 2008. He served as an assistant coach for the Denver Nuggets of the NBA from 2003 to 2011. He played college basketball for the Notre Dame Fighting Irish.

Other Resources About Adrian Dantley

What Schools Are Affiliated With Adrian Dantley?

Adrian Dantley is affiliated with the following schools: