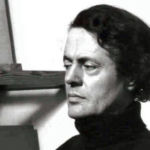 Why Is Adrian Morris Influential?

According to Wikipedia, Adrian Grant Morris was an English painter. Early life Morris was born in London, England. He spent his childhood in rural Somerset before the family moved to the United States, where he attended the progressive Putney School in Vermont. There his precocious talent for painting, inspired by the surrealists in New York, was given full rein. On his return to the UK in 1947, after completion of National Service in the army and spells at art schools in London and Paris , he finished his art education at the Royal Academy Schools.

Other Resources About Adrian Morris