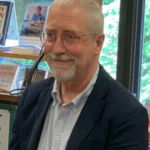 Why Is Alan Taylor Influential?

According to Wikipedia, Alan Shaw Taylor is an American historian and scholar who is the Thomas Jefferson Memorial Foundation Professor of History at the University of Virginia. A specialist in the early history of the United States, Taylor has written extensively about the colonial history of the United States, the American Revolution and the early American Republic. Taylor has received two Pulitzer Prizes and the Bancroft Prize, and was also a finalist for the National Book Award for non-fiction. In 2020 he was elected to the American Philosophical Society.

Other Resources About Alan Taylor

What Schools Are Affiliated With Alan Taylor ?

Alan Taylor is affiliated with the following schools:

Alan Taylor has made the following academic contributions: