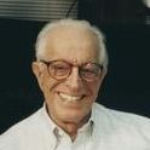 Why Is Albert Ellis Influential?

According to Wikipedia, Albert Ellis was an American psychologist and psychotherapist who founded rational emotive behavior therapy . He held MA and PhD degrees in clinical psychology from Columbia University, and was certified by the American Board of Professional Psychology . He also founded, and was the President of, the New York City-based Albert Ellis Institute. He is generally considered to be one of the originators of the cognitive revolutionary paradigm shift in psychotherapy and an early proponent and developer of cognitive-behavioral therapies.

Other Resources About Albert Ellis

What Schools Are Affiliated With Albert Ellis?

Albert Ellis is affiliated with the following schools: