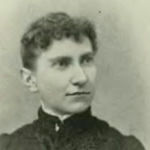 Why Is Alice Mary Dowd Influential?

According to Wikipedia, Alice Mary Dowd was an American educator and author. She was born in West Virginia in 1855 and began teaching at the age of seventeen. Dowd taught for more than three decades before retiring in 1926, having had experience in almost all phases of the work, including district school substitute, evening school, private school, high school, college, and Sunday school. Besides numerous uncollected poems, she published a volume entitled Vacation Verses in 1890. In 1906, she published Our Common Wild Flowers. With her sister, Luella Dowd Smith, she co-authored another book of poetry, Along the Way, in 1938. Dowd was an occasional contributor to papers, and at one time, a regular contributor to the magazine edition of Pasadena News. Dowd died in 1943.

Other Resources About Alice Mary Dowd

What Schools Are Affiliated With Alice Mary Dowd?

Alice Mary Dowd is affiliated with the following schools: