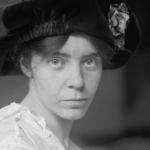 Why Is Alice Paul Influential?

According to Wikipedia, Alice Stokes Paul was an American Quaker, suffragist, feminist, and women's rights activist, and one of the main leaders and strategists of the campaign for the Nineteenth Amendment to the U.S. Constitution, which prohibits sex discrimination in the right to vote. Paul initiated, and along with Lucy Burns and others, strategized events such as the Woman Suffrage Procession and the Silent Sentinels, which were part of the successful campaign that resulted in the amendment's passage in 1920.

Other Resources About Alice Paul

What Schools Are Affiliated With Alice Paul?

Alice Paul is affiliated with the following schools: