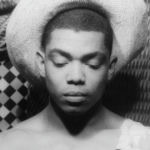 Why Is Alvin Ailey Influential?

According to Wikipedia, Alvin Ailey Jr. was an American dancer, director, choreographer, and activist who founded the Alvin Ailey American Dance Theater . He created AAADT and its affiliated Ailey School as havens for nurturing Black artists and expressing the universality of the African-American experience through dance. A gay man, his work fused theater, modern dance, ballet, and jazz with Black vernacular, creating hope-fueled choreography that continues to spread global awareness of Black life in America. Ailey's choreographic masterpiece Revelations is recognized as one of the most popular and most performed ballets in the world.

Other Resources About Alvin Ailey

What Schools Are Affiliated With Alvin Ailey?

Alvin Ailey is affiliated with the following schools: