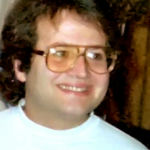 Why Is Andy Hertzfeld Influential?

According to Wikipedia, Andrew Jay Hertzfeld is an American software engineer and innovator who was a member of the original Apple Macintosh development team during the 1980s. After buying an Apple II in January 1978, he went to work for Apple Computer from August 1979 until March 1984, where he was a designer for the Macintosh system software. Since leaving Apple, he has co-founded three companies: Radius in 1986, General Magic in 1990, and Eazel in 1999. In 2002, he helped Mitch Kapor promote open source software with the Open Source Applications Foundation. Hertzfeld worked at Google from 2005 to 2013, where in 2011, he was the key designer of the Circles user interface in Google+.

Other Resources About Andy Hertzfeld

What Schools Are Affiliated With Andy Hertzfeld?

Andy Hertzfeld is affiliated with the following schools: