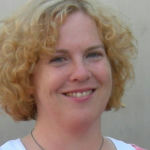 Why Is Ann Powers Influential?

According to Wikipedia, Ann K. Powers is an American writer and pop music critic. She is a music critic for NPR and a contributor at the Los Angeles Times, where she was previously chief pop critic. She has also served as pop critic at The New York Times and an editor at The Village Voice. Powers is the author of Weird Like Us: My Bohemian America, a memoir; Good Booty: Love and Sex, Black & White, Body and Soul in American Music, on eroticism in American pop music; and Piece by Piece, co-authored with Tori Amos.

Other Resources About Ann Powers

What Schools Are Affiliated With Ann Powers?

Ann Powers is affiliated with the following schools: