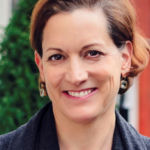 Why Is Anne Applebaum Influential?

According to Wikipedia, Anne Elizabeth Applebaum is an American journalist and historian. She has written extensively about Marxism–Leninism and the development of civil society in Central and Eastern Europe. She has worked at The Economist and The Spectator, and was a member of the editorial board of The Washington Post . Applebaum won the Pulitzer Prize in 2004 for Gulag: A History published the previous year. She is a staff writer for The Atlantic and a senior fellow at The Agora Institute at Johns Hopkins University School of Advanced International Studies.

Other Resources About Anne Applebaum

What Schools Are Affiliated With Anne Applebaum?

Anne Applebaum is affiliated with the following schools: