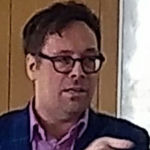 Why Is Ármann Jakobsson Influential?

According to Wikipedia, Ármann Jakobsson is an Icelandic author and scholar.Biography Ármann was born and raised in Reykjavík, Iceland. His father was a banker and his mother a psychologist. His sister is Katrín Jakobsdóttir, prime minister of Iceland. Ármann holds a PhD from the University of Iceland, graduating in 2003. Ármann became a lecturer in Early Icelandic Literature at the University of Iceland in 2008. He was a senior lecturer from 2008–2011, and then a full professor from 2011. His first novel was published in 2008, and since then he has published eleven works of fiction. He has been nominated twice for the Icelandic literature prize, and was on the IBBY honour list of 2016. Many of his novels engage with medieval and folkloric themes. His first novel was a historical novel taking place in 1908, during the heated debate about Icelandic independence. As a medievalist scholar, Ármann has published extensively on Old Norse literature, focusing on medieval attitudes towards kingship as an institution, childhood and old age, masculinities, paranormal figures and concepts and most recently on disability in the Middle Ages. As a teenager, Ármann competed alongside his twin brother, Sverrir Jakobsson, in the quiz show Gettu betur, winning the competition in 1990. In 2020, he read the most famous of the sagas, Njáls saga, on Icelandic radio. From 2020, he is the editor of the scholarly journal Andvari.

Other Resources About Ármann Jakobsson

What Schools Are Affiliated With Ármann Jakobsson?

Ármann Jakobsson is affiliated with the following schools: