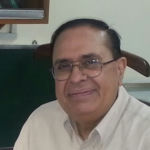 Why Is Atta-ur Rahman Influential?

Rahman is Co-Chair of the UN Committee on Science, Technology and Innovation for the United Nations Economic and Social Commission for Asia and the Pacific (UNESCAP). Rahman studied Chemistry at the University of Karachi in Pakistan, before completing his Ph.D. in Chemistry at the University of Cambridge in England. He later completed his Sc.D. at Cambridge, a “higher doctorate” awarded in many countries for research even beyond the Ph.D.

Rahman in rise role as Co-Chair at the UN and during his long career as a chemist has been effective at helping developing countries embrace science and education. He is the first Muslim to receive the UNESCO Science Prize (1999). In addition, he is the author of 1,142 publications in various fields of organic chemistry, along with fully 43 international patents! He is also Editor in Chief of Current Medicinal Chemistry and Current Organic Chemistry, both peer-reviewed journals. In 2006, he was elected Fellow of the Royal Society.

According to Wikipedia, Atta-ur-Rahman , is a Pakistani organic chemist is currently serving as Chairman of PM Task Force on Science and Technology. Prof. Atta-ur-Rahman FRS is heading the steering committee involved in the development of high quality foreign engineering universities in Pakistan one of which, the Pak Austrian University of Applied Science and Engineering has already begun operations in Haripur Hazara in collaboration with 3 Austrian and 5 Chinese Universities. He is also heading the Task Force established by the Ministry of Science and Technology on coronavirus that has carried out a number of tasks including clinical trials on different medications, manufacture of ventilators, expansion of covid testing facilities, monitoring the genetic variations regularly that are occurring in coronavirus as it mutates and clinical trials on herbal drugs against coronavirus. As a result of these efforts ventilator production has begun in Pakistan

Other Resources About Atta-ur Rahman

What Schools Are Affiliated With Atta-ur Rahman?

Atta-ur Rahman is affiliated with the following schools: