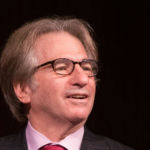 Why Is Barry Scheck Influential?

According to Wikipedia, Barry Charles Scheck is an American lawyer. He received national media attention while serving on O. J. Simpson's defense team, collectively dubbed the "Dream Team", helping to win an acquittal in the highly publicized murder case. Scheck is the director of the Innocence Project and a professor at Yeshiva University's Benjamin N. Cardozo School of Law in New York City.

Other Resources About Barry Scheck

What Schools Are Affiliated With Barry Scheck?

Barry Scheck is affiliated with the following schools: